with a selection of

After reading the story of Badung that I have interpreted and expanded with greater detail than the standard Myth [as originally told in The Malay Annals], I will draw your attention to one or two aspects that are of particular interest in research of the stone found at the mouth of the Singapore River.

Saraahl is put to the Sword.

1389  1398 Parameswara Iskandar Shah, by many accounts came to power in 1389, following the reign of four previous kings, depending on what account you are reading. During his reign, the fort of Temasek (Singapore) was attacked by the Majapahit ships from Java, Surabaya  (Jungala, as it was known at the time). The siege on the fort lasted for a number of weeks until at last the doors were opened by subterfuge, and the invited soldiers attacked and killed the inhabitants. Iskandar Shah escaped to establish Malacca.

During his reign he chose to marry the daughter of his Bandara (treasurer) Tapa de Nila. Her name we don’t know, so I will call her Saraahl for the sake of the story. The other wives grew jealous of her youth and beauty, and accused her of infidelity. So convincing were they in their accusations that eventually during a particularly heavy tropical deluge, to settle disagreements, decided to have her killed.

Saraahl, Daughter of Tapa de Nila, was strolling the beach her hair streaming in beautiful profile. Iskandar Shah sees and is inflamed with desire for her. He insists she visit his palace despite her refusals. She protests that she already had a suitor. “Forget him,” he said.

Her father and mother thought that it would be better for her than the other plans that she may have had. Marriage with the king, very commendable they thought. The Shah became insanely infatuated with her and attempted to have Yi Lok the fisherman, Saraahl’s choice, killed by soldiers for some conjured up claim. The Shah obviously would have his way. He considered that he had ultimate power and could do as he wished in his kingdom. Most of his attainments were with the assistance of his ruthless advisor and Demon fleet Commander.

Saraahl, exquisitely beautiful in manner, soft voice with a huge heart, loved to walk in the evening to the fish market where one day she had been helped by a young man by the name Yi Lok. She was impressed and on their second meeting had fallen in love with him. She knew her father didn’t approve of this relationship but it was her choice, and no appeal by them could divert her intent. Later Tapa de Nila had taken her to a royal function and that is when Raja Iskander Shah had seen her again.

The Raja had courted her until finally on pressure from both him and her father also, she would agree to comply in serving her country and obligations. They were married.

Shortly thereafter she discovered the complete nasty truth of his accumulation of wealth and power by his association with the demon. She began to evade him and fought him off when he pressed her. His other wives conjured up the story of seeing the fishermen again. The Raja had lost interest in his other wives since the arrival of the beautiful Saraahl. They became jealous and plotted against Saraahl, conjuring up charges with intent to rid her from the palace.

It may have been true that she only spoke briefly to him until she was returned to the King’s quarters. The king became furious when she continually resisted his advances. She had so much fear and revulsion for the situation that he couldn’t get through to her.

At last the older wives hatched a plan to ensure he get rid of this young woman who was getting all the attention. Their eyes were flashing daggers at Saraahl.

The Shah had placed Saraahl on a pedestal, however the jealous wives had whittled this down until eventually it no longer supported her. She was about to fall and be impaled.

Saraahl was brought to interrogation and accused. Sekander Shah had listened, at first with disbelief, to their evidence. His new wife had been caught in a passionate embrace with another and he now became enraged. They went on to present further evidence of deceit. The sentence for her should be swift and severe.

If she was to live, she may subsequently damage the King with gossip, the wives and close associates persisted.

‘It is true that I have love for the fisherman, but since I married the Raja I am no longer close with this man.’

‘You do all the time,’ they shout at her.

‘No, only twice a week do I visit his cottage, and only for a chat.’

‘Lock her up and chop her into small pieces,’ shouted one particularly venomous wife.

‘And feed her to the todak fish. They are due this week,’ added another, equally scathing as the first, but more constructive with the elimination process.

Finally the king was forced to comply, reluctantly agreeing that she should be put to death.

The soldiers were summoned. They hammered on her door and Saraahl resisting, was escorted away. She was to be held in prison awaiting the execution.

Raj Secander Shah’s wives persisted in having her punishment fit the offence. She was to be run through with a spear. To die impaled by a spear at Point Market, then her mutilated corpse left on display.

‘Don’t forget to feed the fish the bits after,’ came a voice from the rear.

They claimed the Raja would gain face again before the people by degrading and exposing this wanton young woman and smiled to themselves with their positions once more secure.

The king is in a quandary of her punishment. He feels the people may see him as cruel and turn against him, despite his wives’ arguments that it would show his power and authority.

‘Send a warning message to other ambitious fair maidens,’ chorused the wives.

The demon commander, meanwhile was approaching the wharves with his vessel. While tying up he heard of the situation, then made his way immediately to the palace where he spoke to the King.

At the end of the discussion with him he rose. “I can deal with her punishment. Leave it to me,” he said.

‘Are you sure the people will still respect me?’ asked the king, still a little wearied and worried.

“They will fear you— thus respect.”

Saraahl was taken to Point Market where she was to be run through with the sword and her body left on display for a number of days. The father of the young woman, the Bandahara, was angered at the insensitive manner in which his daughter would be killed as well as the humiliation— together with the trumped up charges against her.

The King’s Bandahara, father of Saraahl was quietly hatching his revenge. The Majapahit fleet having been repelled some years earlier, would welcome the news that they could expect assistance when they arrived in Singapore in a new attack on the fort.

Tapa de Nila wrote the request and stamped the contract to invade with his seal.
The kingdom of Temasek was now set to fall.

Who would take the message to Surabaya?

Was it the young man who may have known Saraahl, before she was taken by the King for his wife? Was he vexed that the Shah forced her to be his wife against her wishes?

On a dark night she made her escape and found her way to the waterfront and eventually to her lover’s shack. During the conversation together and during an intimate moment, the door burst open as two of the Shah’s men smashed the door down. In the conflict one was stabbed in the neck by his own dagger. The other fled, fearing for his safety and passed on the location of the fisherman’s shack. Reinforcements were quick on the scene but the lovers had escaped in Yi’s boat. The King’s men, incensed with their plan failing, set fire to the building.

But where could they run? Temasek was a small island and the soldiers of Raja Iskandar Shah would be relentless in their search. It was the season of the migrating spearfish and his tiny vessel offered little protection in the open sea should they attempt to depart Temasek. He could imagine Saraahl and himself impaled by the leaping fish and bleeding to death out in the Javan Sea.

Who was the Chinese man that Yi Lok turned to for help? All the while Saraahl’s father, the Bandahara, had expected that Yi would be a willing accomplice? But Yi was reluctant, as despite his boldness, he was wary of the Evil Spirit that instilled caution and sacrifice in their everyday lives. What could the Chinese ancient provide that would give Yi an advantage on his mission and protect him in his tiny boat?

The Chinese Ancient and his Secret Urn

The old man Krong Prah had welcomed Yi Lok into his house and spoke with him for a long time.
Overnight the old man had spoken to him of those things that young men generally do not care about. Particular details he explained carefully. The violent storm in which he felt he would perish. All the crew lost overboard. The boat rapidly filling with water…

We leave Yi Lok and his encounter with the spearfish and return to the previous night’s events. He’d left the old man’s home late in the evening. The watcher followed him as he visited Saraahl, then lost him as he slipped away into the shadows. 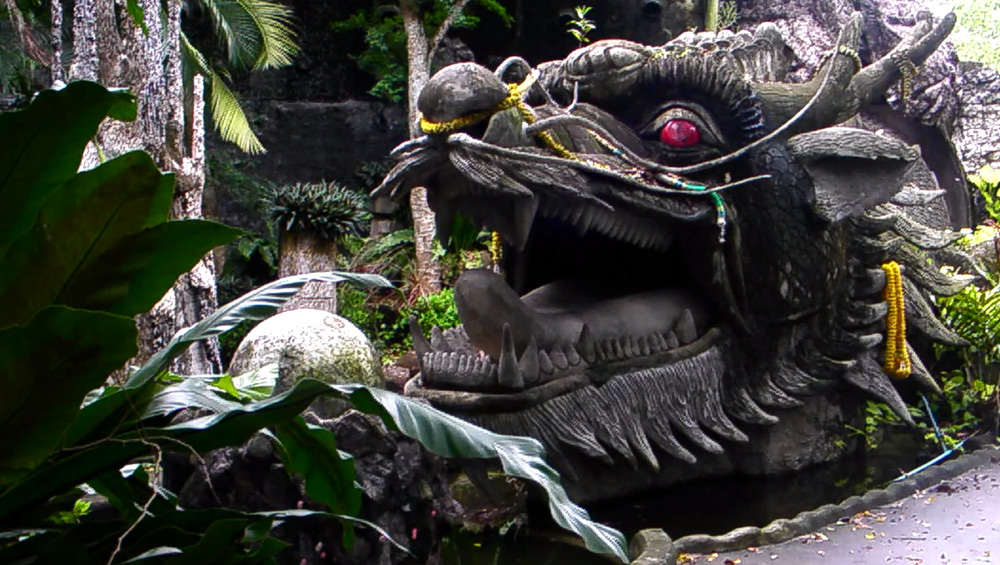 Discovery at The Singapore National Museum 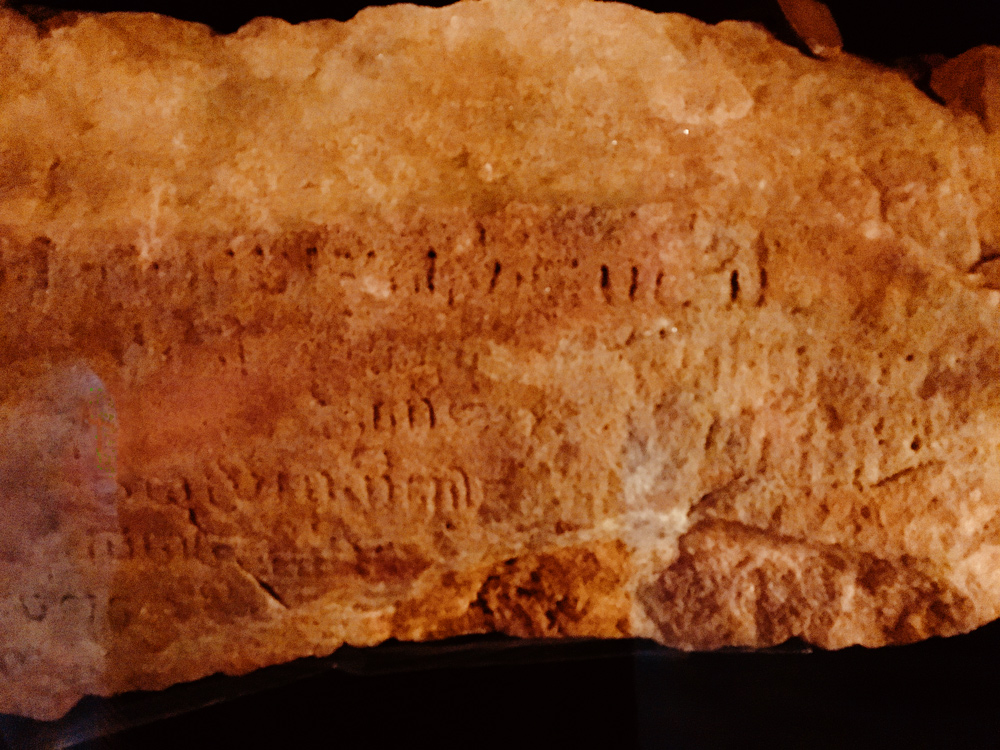 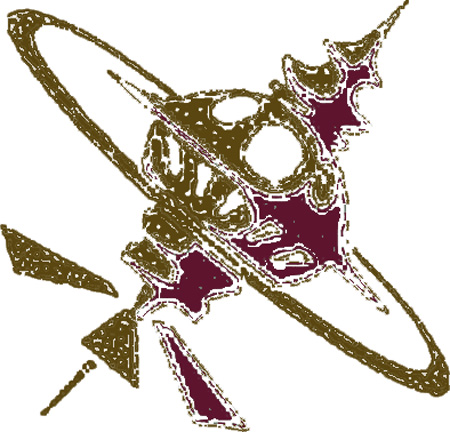 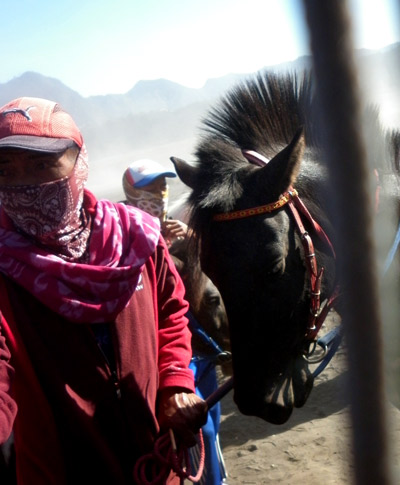 Read more
Learn more about the Stone and its Mystery 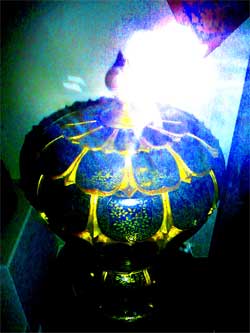